UPDATE ON THE RAIDS IN ATHENS 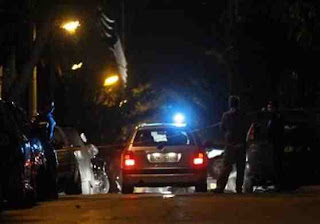 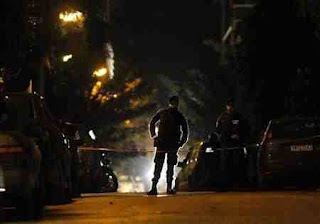 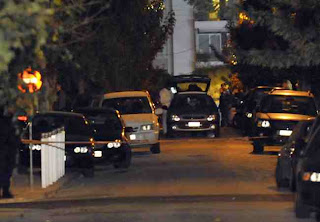 Summarising all we heard from the mainstream media and journalists basically the voice of the anti terrorist police. 2 houses (a garage in Nea Smirni and an apartment in K. Grenades were found, 50 kilos of explosive materials anfo and a small quantity of TNT. As for the arrested, it's four people, two on Themistokleous Street in Exarhia, Athens and the other 2 in Nea Smirni that they say had weapons on them as well. The anti terrorist is leaking according to its spokespersons that there are 10 more people prosecuted while they are searching 15 points in Attica. As for Piraeus 2 young individuals of about 23 years, while they are openly saying that they have arrested an individual with a 600000 euro price on his head by the State wanted for the “robbers in black”.
The ballistic report has still not finished while they vaguely connect that they have in their hands members of two organisations, Revolutionary Sect and Conspiracy of Cells of Fire. Definitely all that we hear is the voice of the State that with its mechanisms and its spokespersons will take the case communicatively where they want it to.
Attention to what is heard, it needs great reserve since what they are trying to connect is not only incomprehensible by the simplest logic but also vague or lies. The State this moment is steps ahead of what they have found, and leaves what they want to pass to society via our screens.
Its good that we are aware of what it is said.
Solidarity to the fighters that will spend the night in the hands of the fascist authorities of the parastate, cops and the justice of the junta.
The fight does not stop no matter how many fighters they arrest.
HANDS OFF THE FIGHTERS
Posted by sysiphus at 16:19