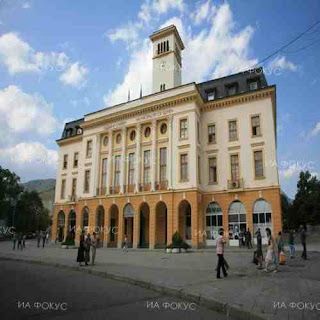 signalfire
8 December 2010 - Sliven. More than 500 pupils have gathered outside the building of the local government in the southern town of Sliven to hold a protest and insist on a longer Christmas holiday, FOCUS – Sliven Radio reports.
However, the protest turned into a riot, with the pupils hurling eggs, plastic containers and smoke bombs at the building of the municipality. The police detained the pupils who were throwing the smoke bombs. Some of the participants in the protests dissociated themselves from their riotous peers and said the violent behavior had not been initially planned.
The pupils said that they would not go to school on January 3, when their Christmas holiday is supposed to be over.
http://vbox7.com/play:766b92ea
Posted by sysiphus at 05:56