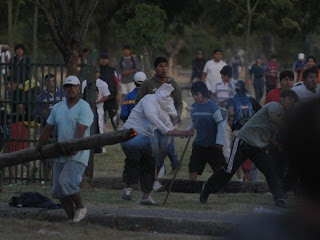 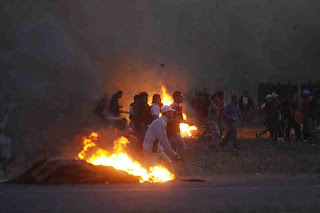 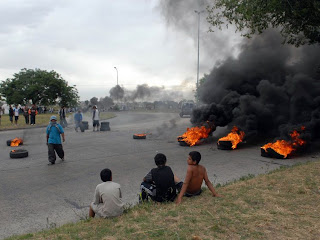 bbc
Police in Argentina have cordoned off an area of the capital, Buenos Aires, after a week which saw at least three people killed in clashes between squatters and local residents.
Around 1,000 people, many of Bolivian and Paraguayan origin, had pitched tents in a park after being evicted from an illegal shantytown.
When police failed to remove them, some local residents attacked the migrants and two Bolivian men and a Paraguayan woman were killed.
Police say they have now restored calm.
Heavily armed members of the security forces along with armoured vehicles and helicopters have been deployed to the district, Villa Soldati. Lethal clashes
Residents armed with sticks and rocks had attacked the camp in an effort to scare its occupants into leaving.
At least three people were killed in the clashes, although reports of a fourth victim have not yet been confirmed by the authorities.
Posted by sysiphus at 16:17