Berhampore, India - Students and teachers riot after death of a student 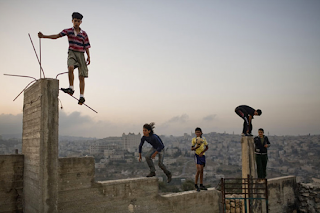 social rupture
28/08/2010 - Students and teachers of a school in West Bengal's Murshidabad district clashed with the police on Friday following the accidental death of a student. Twenty people were injured in the violence and road traffic was disrupted.
Four students were injured by bullets allegedly fired by the police while 16 policemen were hurt in brickbatting.
According to the police, Khaleda Khatun, a class IX student of Murari Pukur High School at Suti, was killed on the spot after being run over by a speeding truck while coming to school.To protest against this, students and teachers of the school put up blockades on NH-34, the highway linking north and south Bengal, disrupting traffic movement, they said.
When the police arrived at the spot, the agitators ransacked their vehicle and pelted stones at them.
Following this, the policemen lathicharged the people and fired tear gas shells, sources said, adding 16 policemen were injured in brickbatting.
Posted by sysiphus at 09:55