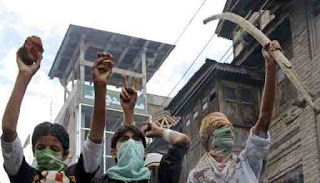 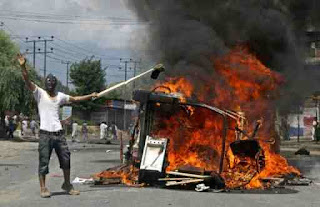 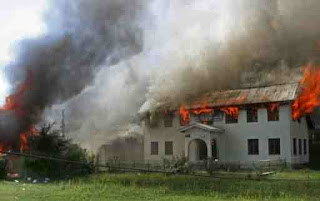 August 01, 2010 - ANOTHER protester has been killed in revolt-hit Indian Kashmir, bringing to six the number of young men shot dead by security forces in two days as fresh violence shakes the region.
So far, Indian security forces have been accused of killing 23 Kashmiri civilians – many of them in their teens or 20s – in less than two months.
The latest casualty, a 30-year-old man, was killed yesterday when security forces opened fire at rock-throwing protesters in northern Baramulla town, a police officer said, asking not to be named.
Earlier, a young man was killed in the neighbouring Naidkhai village when “security forces opened fire as a group of protesters tried to attack a police camp”, he said.
Several other demonstrators were injured, one of them seriously, in yesterday’s firing incident in Naidkhai village, the officer told AFP.
The latest round of police firing happened in northern Kashmir as authorities struggled to subdue protesters defying a strict curfew that was imposed on all major towns in the Kashmir valley yesterday.
In Sopore, protesters set fire to a railway station, smashing windows and breaking furniture, and hurling stones, another police officer said.
Security forces fired shots to disperse the protesters, injuring four people, the officer said, asking not to be named.
In neighbouring Kreeri town, demonstrators torched a counter-insurgency police camp and threw stones at a security patrol, prompting security forces to fire in self-defence, injuring two women and one man, he said.
“The condition of one injured woman is critical,” the officer told AFP.
In Pampore, demonstrators set ablaze two Indian Air Force vehicles but police fired tear gas and warning shots and were able to rescue the occupants, police said.
Srinagar, Indian Kashmir’s summer capital, which was also under curfew, looked deserted as troops armed with rifles and batons patrolled the streets.
Posted by sysiphus at 09:44