Hamburg - clashes around St Pauli / HSV match in the city 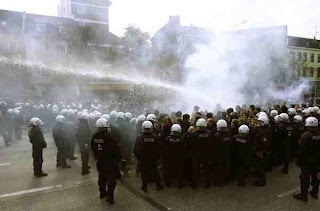 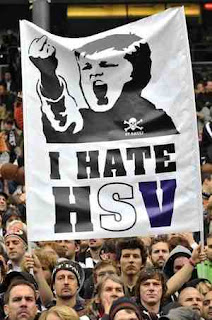 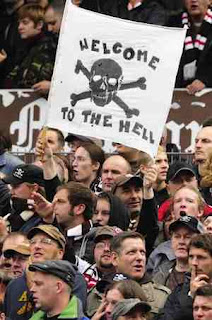 19/09/2010 - Hamburg. There were clashes on Sunday between rival fan groups between the two football clubs HSV Hamburgn and St. Pauli. In total 54 people were detained and 13 suspects were arrested. The police used water cannon on several occasions. Six officers and an unknown number of fans were injured.
Even before the match HSV supporters are reported to have attacked police with bottles and firecrackers. In addition, windows were smashed with stones and fires ignited.
After the game the rival fans had a go at each other in small groups in the area around the stadium.
HSV fans tried to storm the St. Pauli "Jolly Rogers", but were stopped by the police. Also later in the evening the situation was still not completely pacified. Despite common views of both clubs to a peaceful duel, the police had estimated in advance a so-called high- risk game. Some 1,100 police officers are quoted as been used. Also mounted police from Hanover were used.
Posted by sysiphus at 00:57