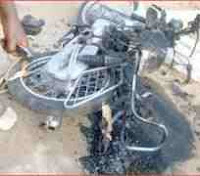 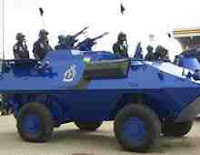 – Authorities of Ghana Senior High School (GHANASCO) have closed down the academic facility, following student’s riot which started on Sunday evening, May 20.
Sixteen students who were arrested by the police have been charged with causing damage to public property and would soon be arraigned after investigations are over. The students, who were demonstrating against the decision of Management to stop the use of mobile phones on campus, vandalised a number of property belonging to some tutor s including the burning of a motorbike.
Chief Inspector Ebenezer Tetteh, Public Relations Officer of the Northern Police Command told the Ghana News Agency in Tamale that when the police intervened to stop the rampaging students they turned their anger on the personnel leading to the breaking of the windscreen of a light-armoured van. This he said compelled the police to use tear gas to control them. About 16 students who got injured in the commotion were rushed to the Tamale Teaching Hospital
Posted by sysiphus at 03:26