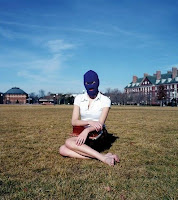 social rupture
If it ain't broken, don't fix it? Or perhaps if it ain't broken, break it?
The communique:"PPA office smashed up the night of June 23rd.
Fuck them, from defending murderers, to demanding hidden contract meetings, they deserve worse!
Dear Portland Police Aliance,Your office was smashed last night because it fills us with rage that the police exist. You have always worked tirelessly in the interest of white supremacy and the rich at the expense of everyone else.
Now, without even the flimsiest of punative measures for cops who kill, beat, taze, and terrorize the marginalized people of portland, just to spit in the eye of this city you demand closed negotiations for your next contract.
We're letting you know that when you hold negotiations in seclusion we will try to open them any way we can (for now with rocks through windows).
We think that you, the PPA, should dissolve yourself, but in leiu of that elect a glazier in your upcoming union presidential election, as trend seems to indicate that you will be having a lot of open air meetings in the future.
Rocking the vote,Scott Westerman"
Posted by sysiphus at 16:30