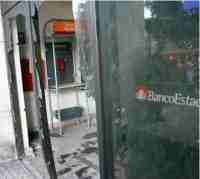 We attacked at 300 metres from the house of Piñera, damaging his power, his control, nothing more worthy of our lives.
Action planned and executed within the anti-capitalist struggle carried out in Chile and in the sister countries that will not stop as long as there is misery.
Direct action in solidarity with our brothers and prisoners primarily as a warning that we will not allow torture against our imprisoned fighters as was the case with the beating Esteban Huiniguir received last week. We highlight that if it were to happen again, "you must be attentive to consequences."
It is clear more and more that each time we specify our ways of attack. This time we used more amphoteric TNT-ammonium nitrate fuel-oil and a timer system.
For our total liberation
As long as there is poverty there will be rebellion
Posted by sysiphus at 09:57