Trento, Italy, raid on Benetton in solidarity with the Mapuche people 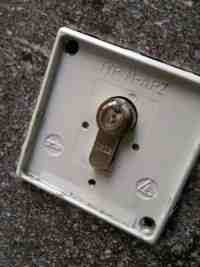 Source: Stampa trentina, 13:10:10 Yesterday morning, when they arrived to start work shortly before nine the shop attendants of Benetton in via Oriola found two surprises: the first, written and drawn with black paint "Mapuche free" on the window and the other, the lock 'blocked with "Attak", the quick-setting glue. Unable to open the shop, the store manager of the great Venetian textile group called for the intervention of the Fire Brigade who had to work hard to unlock the gate.
Also black writing on the window of Sisley who is almost opposite. A few yards away, in Via Del Simonino the same scene. Four girls set to work with a lot of turpentine and large pieces of "Scottex "to clean, not without difficulty, the large showcase of the other Benetton store 0-12, that of children's clothes. Here, too, writings in praise of freedom for these people far away, the Mapuche.
The reason for the damage? Apparently to draw attention to the indigenous people who live in Patagonia and have lost part of land aquired by a company of the Benetton to raise sheep for wool. A story that has become the symbol of the struggle of indigenous people against corporations or other large industrial groups in the West.
Posted by sysiphus at 06:58