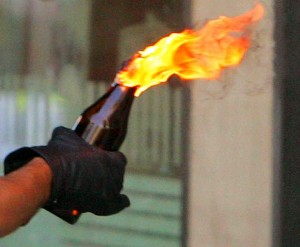 newsoftunisia (via cette semaine)
22/01/2012 - The situation is becoming increasingly critical in Tunisia and turns, in many cases, to drama! What just happened, Friday, January 20, Hammamet is unacceptable.[sic]
Students attacked their own school, the establishment Mohamed Boudhina in Hammamet, a sign of dissatisfaction with the administration which refused to grant them a ticket after asking them to be accompanied by their parents to justify their repeated absences.
The Director of the institution, Mr. Kamel Messaoud, spoke on the waves of Shems FM, indicating that the students were armed with Molotov cocktails, stones and firecrackers.
Posted by sysiphus at 11:59