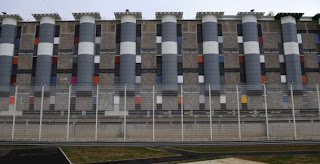 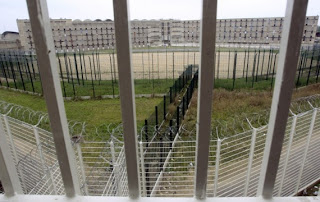 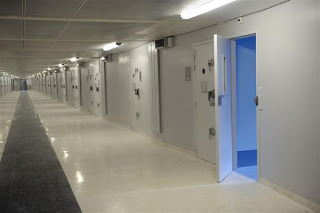 AFP - 02/01/2012 - According to the firemen of Essonne, the fire started around 9 am. A union source said the fire, extinguished about 11:30 am, destroyed the workshops of building D5 of the prison. About 150 prisoners were working on reconditioning costume jewelry have been evacuated. An inmate and a supervisor were overcome by fumes and taken to the hospital.
The origin of the fire had not been determined late Monday morning. The building will be renovated to D5 from the month of February, as part of a redevelopment of the prison.
Back to the burning of the workshop of the prison of Fleury Mérogis

18/02/2012
Mag du 91 - According to the analysis, the incident would be of criminal origin. Traces of an inflammable product were detected on site. For now, however, investigators have no suspect, in fact, it is difficult to know where the substance was used to trigger the fire. The damage to the prison is estimated at around 400,000 euros.
Posted by sysiphus at 12:15