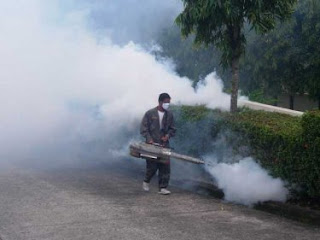 The opposition-backed rally was the culmination of weeks of intense pressure on Prime Minister Najib Razak's long-ruling coalition to make election laws fairer and more transparent ahead of national polls widely expected by mid-2012. Demonstrators marched in defiance of Najib's administration, which declared the rally illegal and warned people repeatedly to avoid it. Officials insisted it was merely an opposition attempt to trigger chaos and stir anti-government sentiment, while activists accused authorities of being afraid of any large display of dissent that could undermine their authority. (See pictures of the ethnic differences in Malaysia.)

Authorities took extraordinary security measures to deter Saturday's rally by sealing off roads, closing train stations and deploying trucks with water cannons near the Independence Stadium in downtown Kuala Lumpur where activists sought to gather. Police said in a statement that they detained 1,667 people in a clampdown called "Operation Erase Bersih," referring to the Bersih coalition of civic groups that organized the rally. Those arrested included several senior opposition officials. Some were released after several hours, with police indicating that most would not be held overnight.
Thousands tried to reach the stadium from various parts of Kuala Lumpur, chanting "Long live the people" and carrying yellow balloons and flowers as they marched.
Police fired numerous rounds of tear gas and chemical-laced water in repeated attempts to disperse the crowds, causing demonstrators to scatter into nearby buildings and alleys before they regrouped. Police helicopters flew overhead as a brief downpour failed to deter the protesters.
The demonstrators dispersed after a five-hour standoff with police. Only several hundred reached the stadium.
Posted by sysiphus at 13:27