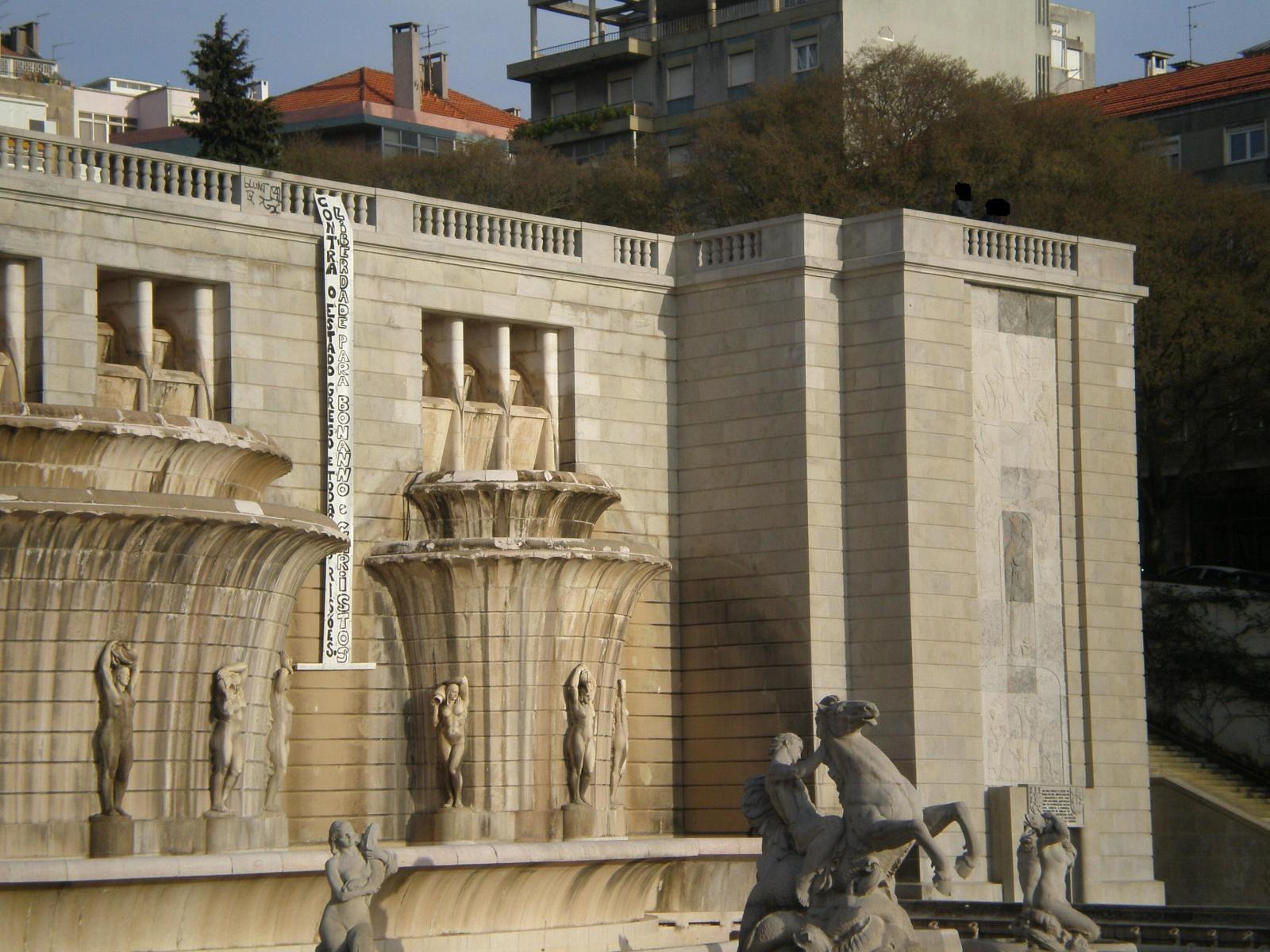 Last Tuesday, March 23rd, a few hundred fliers were handed out at the entrance, inside and around the Commercial and Economic Section of the Greek Embassy in Lisbon, in the area of Saldanha.
The text of the flier:

« Freedom for all, in Greece and everywhere.

It’s true, the situation in Portugal is the same as in Greece. Populations living in poverty, on a daily misery in which we feel life turning into survival, at the same time that bosses and banks rob us of each moment and each place that used to be ours. Police, courts and prisons for those who dare to confront that misery and, increasingly, even for those who do not confront it at all. People that with a disgusting regularity are persecuted, beaten or murdered with shots by the police, because we all are a potential threat, no more no less, because the State has the authority and the weapons and the fear of revolt. Prisons that efficiently do their job: to eliminate dignity, to serve as a warehouse of undesirables, to give the example, to execute rebelliousness. To execute, plain and simply.

But in Portugal, as in Greece, as everywhere, there are those who do not stay still in the face of this system of exploitation, of oppression, of the elimination of everything that still breaths freely. There are those who put despair and resignation away, and grab life with nails and teeth, going for the attack.

Christos Stratigopoulos and Alfredo Maria Bonanno are only two of those individuals, arrested on October 2009, following a bank robbery in Trikala, Greece. Regardless of the crimes they are being charged with, the struggle for freedom is the crime they’ve always committed.

We want to denounce, in particular, the abusive detention of Alfredo M. Bonanno under unacceptable conditions in the prison of Koridallos (Athens), worsened even more with the attempt to frame him up with another bank robbery on July 2009. The politics of vengeance of the State has the aim of eliminating physically and psychologically this comrade of 73 years old who faces serious health problems. Alfredo Bonanno is an anarchist, involved in the movement since decades ago, active in the resistance against the dictatorship of the Greek colonels (1967-1974), and writer and editor of many anarchist texts. These are the true reasons for which they keep him in prison under conditions that endanger his life.

We demand the immediate release of Alfredo Maria Bonanno.
For the destruction of all prisons.

On the same day a banner with the words “Against the Greek State and all prisons / Freedom to Bonanno and Christos” was hung on the Alameda fountain, in Lisbon.
Posted by sysiphus at 01:09