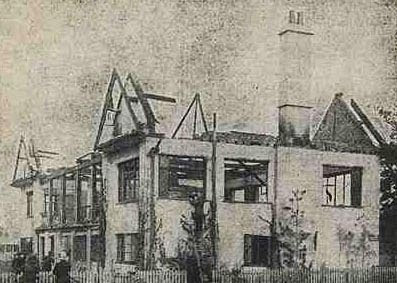 July 1912
Christabel Pankhurst began organizing a secret arson campaign. Attempts were made by suffragettes to burn down the houses of two members of the government who opposed women having the vote. These attempts failed but soon afterwards, a house being built for David Lloyd George, the Chancellor of the Exchequer, was badly damaged by suffragettes.
In 1913 the WSPU arson campaign escalated and railway stations, cricket pavilions, racecourse stands and golf clubhouses being set on fire. Slogans in favour of women's suffrage were cut and burned into the turf. Suffragettes also cut telephone wires and destroyed letters by pouring chemicals into post boxes.
Kitty Marion was a leading figure in the WSPU arson campaign and she was responsible for setting fire to Levetleigh House in Sussex (April 1913), the Grandstand at Hurst Park racecourse (June 1913) and various houses in Liverpool (August, 1913) and Manchester (November, 1913). These incidents resulted in a series of further terms of imprisonment during which force-feeding occurred followed by release under the Cat & Mouse Act. It has been calculated that Kitty Marion endured 200 force-feedings in prison while on hunger strike.
(Spartacus Educational)
Posted by sysiphus at 14:36