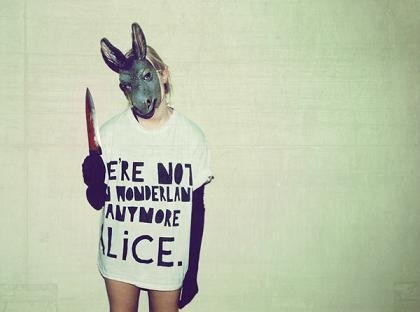 CLEVELAND HEIGHTS -- Six teenage girls are under arrest and a police officer is hurt after a riot at a local shopping center.
Police describe the incident at Severance Town Center in Cleveland Heights as a "major disturbance." Cleveland Heights police say they had to call in officers from three neighboring departments to bring the situation under control.
"We got about 100 teenagers up in here causing...it's crazy, we need some kind of security," the manager of the Wal-Mart store is heard telling a 911 dispatcher at 8:42 P.M. Sunday.
Officers say the disturbance began at the Wal-Mart where more than 100 teens roamed the store. They say many took bicycles off racks, and raced them up and down the aisles.
"Have you asked them to leave the store?" the dispatcher asks the manager. "There are so many of them, it's like 100 of them, I asked a couple of them to leave...it could turn into a situation, so I'm asking for police presence," the manager replies.
"Police cars responded and managed to clear the juveniles out of the store, but then they re-assembled over at the Regal Cinemas," explained Cleveland Heights police chief Martin Lentz.
...police say three girls started fighting, then several fights broke out in the lobby. An officer sprained his wrist when he was pushed up against a wall.
"The group from Wal-Mart joined approximately 100 waiting to get into the cinema..now there was legitimate patrons trying to buy tickets, but pushed their way into the lobby area," said Chief Lentz.
Police say the crowd swelled to about 250. Cleveland Heights police were forced to call in officers from Shaker Heights, University Heights and South Euclid to help get the situation under control.
Six girls, between 14 and 16-years-old were arrested. They appeared in Cuyahoga County Juvenile Court Tuesday where they were charged with aggravated rioting.
"You're here for an alleged riot outside of a movie theater where people can't even go to the movies because there's groups of kids out there in packs fighting," juvenile court magistrate Valerie Bickerstaff told one of the girls.
All six girls were ordered held in juvenile detention for a varying amount of days. Then, they must remain on home detention.
According to a police report, many teens were "screaming, yelling, blocking traffic, and running in front of moving vehicles" during the melee.
"It's scary to the public too...Severance Shopping Center is very important to this city, we can't have something like this continue," said Chief Lentz.
Police say they will review security video from inside the Wal-Mart to try to identify other teens who may have been involved.
Posted by sysiphus at 02:15