Nantes, France: Attack on the Courthouse 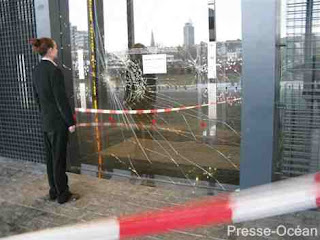 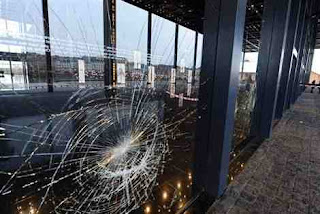 It was a security guard who discovered the damage Wednesday morning shortly before seven o'clock, beginning his service. Six windows of two by five metres in front of the Courthouse on l’île de Nantes were broken. Nearby, the police conducting the investigation uncovered a piece of log that would have served to damage the glass. A first estimate prior to expertise reported 170 000.00 € damage.
Posted by sysiphus at 12:38