Trento, Italy - Telecommunications repeaters sabotaged in solidarity with those arrested for clashes in Rome October 15 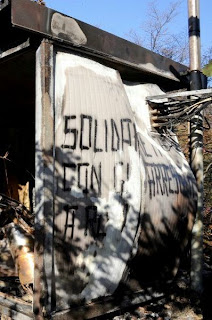 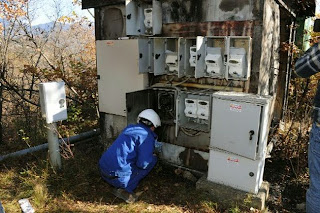 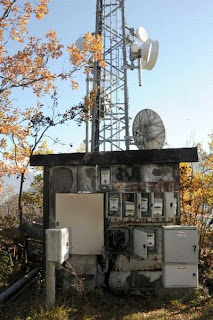 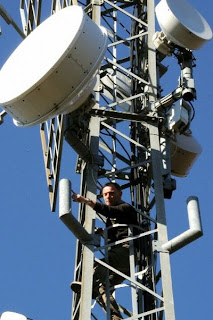 TRENTO. An incendiary attack on telecommunications repeaters took place on Mount Calisio, near Trento. A box containing equipment operated by Tower Tel was destroyed in the fire. On the wall the phrase "Solidarity with the arrested in Rome" was written. The damage is yet to be assessed.

According to findings by the Carabinieri, the attackers had set off the fire with petrol.
The glow of the flames was seen by inhabitants of the village of Villamontagna, who called the firebrigade. Further investigations were made ​​by the forensic police and the Digos [political police] also started to investigate.
At first the RTTR [regional television] decided to shut down for safety reasons following the arson attack last night on Mount Calisio, near Trento, on a number of telecommunication towers. This is the second attack within a week on broadcasters of the 'circuit' that transmit the programmes of Santoro [a well known 'left wing' journalist who was censured by Berlusconi when he was with the national tv, RAI], the RTTR have made known. Last Thursday two transmitters of Telelombardia were stolen.
They later confirmed that that Santoro's programme would be broadcast in spite of the attack on the transmitters in Trentino. RTTR communicated that it will be able to transmit as usual from all the installations. The broadcaster then explained that yesterday evening's attack had seen targeted "two systems with two incendiary devices connected to timers. One belonged to the Tower Tel company, which was completely destroyed, served the channels of Radio Maria, Radio Dimensione Suono, and the telephony of Brennercom and Vodafone. The other belonged to the company Op. Im, RTTR editors, TvAlpi, RTT, Terra Trentina, RTT music tv, and was only partially damaged as the incendiary device had not ignited and was defused by the police bomb squad."
The damage, according to what has been referred, is still to be assessed and the broadcasting company confirmed that the carabinieri have cordoned off the area of the attack.
Posted by sysiphus at 11:37